We live in Sweden, as most of you know, and I’m so proud to say that Sweden is one of the top eco-friendly countries in the world. There is so little trash that Sweden has to import it because we burn trash for use as alternative energy. However, the one thing that I wish Sweden would change is those darned plastic bags that are everywhere with no end in sight. With plastic bags being the source of many environmental problems such as the Pacific Ocean’s large plastic belt, a change is necessary.

In the U.S., for example, over the years there has been a huge anti-plastic movement. A trend spreading throughout the 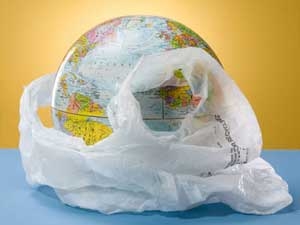 country, more and more cities are adopting a plastic ban as policy. For example, Los Angeles began 2014 with a ban on the distribution of plastic bags at the checkout counters of big retailers. More and more cities and countries – including large cities like New York, Portland, San Francisco and Chicago as well as England, Mexico, India, Burma and Bangladesh –  are making an effort to deal with the plastic bag problem.

The effects of plastic on the environment and wildlife are well documented: chemicals leak into water and soil, and wildlife ingest the plastic or get tangled up and die as a result. The problem with plastic bags is that they have a relatively short life span. They are designed for short-term use and they almost never get recycled. Plastic bags clog up our landfills; and research shows that, because plastic bags are made from polyethylene, a petroleum-derived polymer that microorganisms do not consume, the bags may never fully decompose and will therefore stay in landfills forever. It’s estimated that from 500 billion to 1 trillion plastic bags are used worldwide every day and then thrown into the trash.

So the only true solution to plastic bag waste is to stop using disposable plastic bags altogether. We hope that this plastic ban trend will keep spreading – even to Sweden. 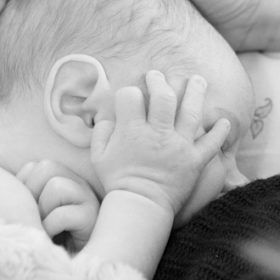 The Joy of Breastfeeding