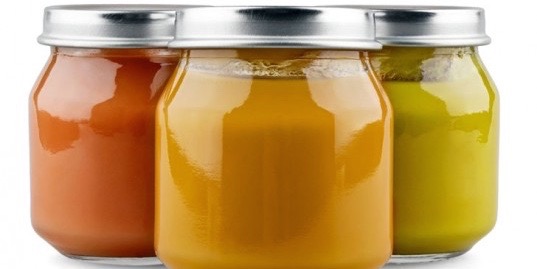 The Science of Starting Solids

Every child and every family has different preferences, genetic tendencies, and needs. Parents and babies are also full of natural instincts that help guide them, if allowed. Babies know when they want to start solid foods but the question still receives a lot of attention among parents, professionals, researchers, and in-laws. There are many studies available that examine the possibilities, and many of us prefer to explore the options and temper our choices according to available study findings.

Over the 21st Century, the American Academy of Pediatrics (AAP) raised their recommendation of 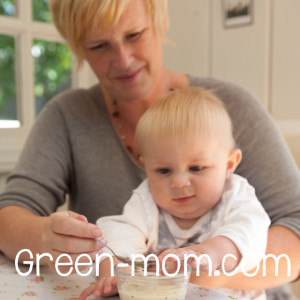 delaying solid foods in babies from 4 months to 6 months. A large 2012 Cochrane review of studies states “no deficits have been demonstrated in growth among infants from either developing or developed countries who are exclusively breastfed for six months or longer.” They are both recommending 6 months as a minimum, not a deadline.

Many parents and doctors are taking this 6-month figure as an absolute date when solid foods need to be delivered to babies, but there is no evidence of any nutritional need for supplementary foods in babies. Studies actually show that babies who receive nothing but breastmilk for 7 months have better iron statuses than those starting solid foods at 6 months. One study looked as far as 9 months and found that iron levels were still excellent. What about longer delays? The studies have just not been performed.

Growth and sleep support are two reasons given by parents for starting solid foods early but studies have shown that starting solid foods does not speed growth and does not deepen sleep. In terms of optimal health, these are not even desirable goals. While there are no studies showing negative results from babies who grow more slowly or who are smaller, there are definite potential risks when a baby is encouraged to grow faster. These include diabetes, obesity, and heart health risks. A chief cause of accelerated growth in babies, linked to such increased possibilities, is bottle feeding, no matter what is in the bottle, with formula-feeding presenting greater risks. It’s also known that SIDS occurs more often when babies are in deeper sleep periods for longer amounts of time.

What are the reasons for waiting a minimum of 6 months? A large 2012 AAP publication reviews many study findings. The differences reported are quite significant, such as the finding that infants breastfed exclusively (meaning no formula or solid foods) for only 4 to 6 months suffer 4 times the rate of pneumonia as those breastfed exclusively for more than 6 months. Significant differences are found for other illnesses as well, such as dangerous intestinal infections, ear infections, and even leukemia. 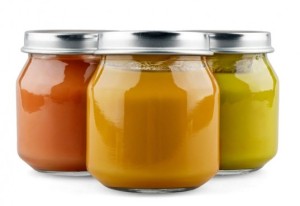 Many breastfeeding moms today find that, when not pushed, their exclusively breastfed babies are not interested in solid foods at 7 months, or even 9 months, and some babies go well beyond a year before showing strong interest and gladly accepting foods. There are critics who express great concerns that if a baby isn’t introduced to foods by 6 months, she may never learn to eat. The truth is, excess food consumption, poor food choices, and poor gut flora are the industrialized plagues, not babies holding on to perfect food for “too long” and not being unable to ever eat solids because of not being properly taught at some magic age. Outside of a few serious physical disorders, you aren’t going to meet anyone who hasn’t learned to eat.

What about allergies? There are reports suggesting that solid foods need to be introduced by 4 or 5 months in order to reduce the chances of allergies to those foods, and other studies that suggest holding off on certain foods for two years. Since there’s such a wide disparity in study findings, I would not give this issue much attention.

Lactation professionals find that it’s important to examine for oral issues, such as tongue-tie, if there appears to be food refusal. Food intolerance or allergy reactions are also common issues leading to food rejections. These possibilities need to be explored when it’s felt that a baby is refusing solid foods after they are otherwise ready for them.

The chief “side-effect” of prolonging solid food introduction is a prolonging of the higher level of immune protection afforded by exclusive breastmilk. I’ve known many babies who, when they had full access to the best, simply chose to ignore the rest, and they’ve grown to be perfectly healthy children who are perfectly able to eat solid foods. 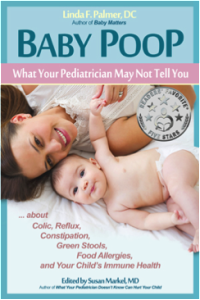 Linda F. Palmer, DC, is the author of Pinnacle Award-winning “Baby Poop, What Your Pediatrician May Not Tell You… about Colic, Reflux, Constipation, Green Stools, Food Allergies, and Your Child’s Immune Health.” She left her 11-year nutrition-oriented chiropractic practice after the health challenges of her newborn son overwhelmed her. Perplexed by the lack of appropriate advice from pediatric sources, her extensive literature research led to her first, IPPY Award-winning book, “Baby Matters, What Your Doctor May Not Tell You About Caring for Your Baby.” 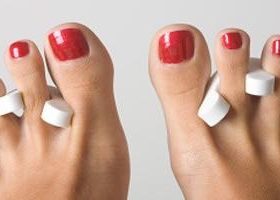 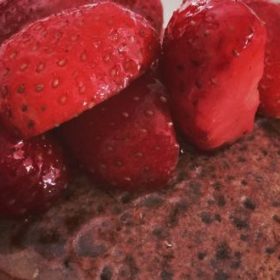 We know that not everyone wants to be a full-time writer, and that those people may still have something great to contribute. Knowing this, we often have guest writers submit articles to us on various topics. Contact us if you have something wonderful to share!