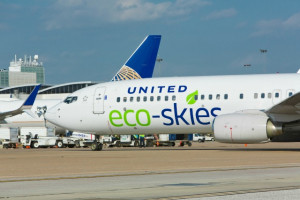 emissions. Recently, the Environmental Protection Agency (EPA) said that greenhouse gases from aircrafts endanger human health. Solving this problem is a challenge since the world’s air traffic is growing and will likely continue to grow.

Advances in the biofuel industry might change aviation as we know it. United Airlines is making news by partnering with California-based Fulcrum Bioenergy in an effort to make alternative jet fuel from food and animal waste. This $30 million investment in alternative and sustainable fuel, if it works, will reduce United’s carbon emissions by 80 percent and be very cost efficient — only $1 per gallon to produce.

United Airlines is planning to test the groundbreaking all-natural fuel powered aircraft in a flight from Los Angeles to San Francisco this summer. It will carry 30 percent bio fuel and 70 percent standard fuel. If this flight is a success, the plan is to then blend biofuel into the airline’s general supply for future flights.

So, if this is successful, it’s a win-win situation because United Airlines will save lots of money, there will be less pollution, and lots of food and animal waste will be used for making fuel instead of loading up a landfill. It’s estimated that 1/5 of the garbage in landfills is food waste.

Read more about United’s use of biofuel here: 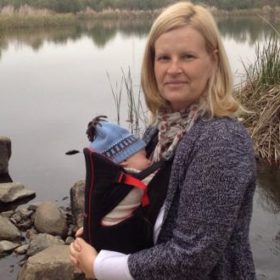 Baby Wearing—Good for Mom and Baby