The Truth about The Honest Company Detergent

By Kim Robson:
Since The Honest Company was founded in 2011 by actress Jessica Alba, it has become a powerhouse 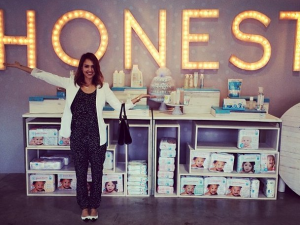 business valued at $1.7 billion. The Honest Company markets ecologically friendly cleaning supplies, vitamins, skincare and feminine hygiene products, diapers, and a wide range of baby products that are purportedly safe, natural and nontoxic alternatives. The product line appeals particularly to parents who want to minimize their children’s exposure to toxic chemicals.
Sodium lauryl sulfate (SLS) is an agent frequently added to cleansing products to make them foam better. The toxicity of SLS is questionable; some ecologically friendly companies like Seventh Generation continue to use it, arguing that it is safe when properly formulated. Even the widely respected Environmental Working Group gives SLS an overall low hazard rating.
But Alba herself has called SLS a “toxin that consumers should avoid.” Sodium lauryl sulfate is on the list of ingredients the company has promised not to use in any of their products. However, The Honest Company is now under scrutiny after a recent discovery by the Wall Street Journal (WSJ), calling their commitment to transparency into question. Two independent lab tests, commissioned by the WSJ, have found significant amounts of sodium lauryl sulfate in the company’s liquid laundry detergent, one of its original and most popular products. It wasn’t just a trace amount, either. Levels found were roughly equivalent to the quantity of SLS found in Tide brand detergent, a common traditional supermarket product.
The Honest Company has disputed the findings from both lab tests, maintaining that its own testing has not found any traces of SLS. A copy of a certificate from its detergent manufacturer, Earth Friendly Products, states there was “zero SLS content” in the product. 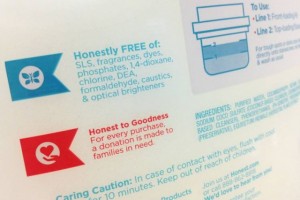 Earth Friendly Products, however, says its chemical testing is outsourced to an independent lab, Trichromatic West Inc. Trichromatic told the WSJ that “the certificate wasn’t based on any testing and there was a ‘misunderstanding’ with the detergent maker.” WSJ reports: “[Trichromatic] said the ‘SLS content’ was listed as zero because it didn’t add any SLS to the material it provided to Earth Friendly Products and ‘there would be no reason to test specifically for SLS.’ It said the product in question ‘was fairly and honestly represented’ to its customer.”
Just to further complicate matters, The Honest Company says it does use sodium coco sulfate (SCS) instead of SLS, but more than a dozen scientists told the WSJ that SCS is made of palm and/or coconut oils and a mixture of cleansing agents that always include SLS. The Honest Company, on the other hand, argues that SLS is not a component of SCS.
All this does not bode well for The Honest Company’s reputation and their supposed commitment to “providing clear, credible, transparent information. No smoke and mirrors. No confusion.” Alba’s company certainly isn’t the only “green” business to be called out on the true nature and safety of their products. Other recent callouts include the companies Ava Anderson and Branch Basics, both of which have been accused of dishonest or misleading ingredient lists. These problems seem to come about when the manufacturing and testing of products are outsourced to third parties. It reflects poorly on the entire green cleaning industry, creating confusion, and making consumers even more reluctant to fork out extra money for safer products, not to mention testing them out on their own loved ones. 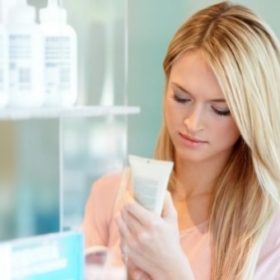 Bottoms Up! Drink Greens For Your Health 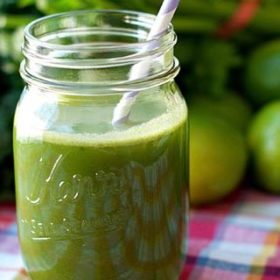