The Hefty Price of Cheap Food

In a world where consumers want more for less money, it’s no wonder businesses and producers feel that the way to make more money is by taking shortcuts. The meat, egg, chicken and fish industries are no different: in their quest to produce more volume at a faster rate, businesses rely on the regular misuse of hormones and antibiotics.

The sad truth is that cheap food does come with a hefty price; you just might not know about it. In the quest to produce cheaper meat, for example, factory farms mass produce it at low cost by feeding animals hormones so they will grow bigger, faster. The animals also live in very small areas, which causes disease outbreaks. To prevent this and combat it, the animals are regularly fed low doses of antibiotics. All these medications cause great damage to our ecosystem and to our bodies. 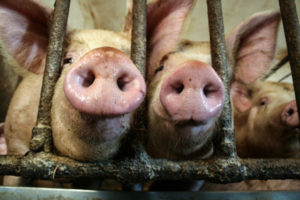 The animals are being treated horribly from the time they are born until they go to slaughter. So, yes, when we demand cheap food, we also keep these practices going — and the environment and these animals are the ones paying the price for our cheap food.In the US alone, for example, 80% of all antibiotics produced are used on healthy animals raised for food to make them grow faster and as a precaution against the spread of diseases due to unsanitary industrial farms.

The misuse of antibiotics in meat comes with a heavy price — dangerous superbugs resistant to antibiotics used by humans. Sadly, antibiotic-resistant infections kill hundreds of thousands of people around the world each year. Antibiotic-contaminated meats such as chicken, turkey, farmed fish and seafood, pork, beef and lamb put our children and ourselves at risk. It’s estimated that about 50,000 people in the US die each year due to antibiotic-resistant infections.

We’re now facing a future when antibiotics no longer will be as effective, so routine procedures like C-sections, hip replacements or any other surgeries will come with a huge risk of antibiotic-resistant infections. A new British study warns that, unless we get the misuse of antibiotics under control by 2050, 10 million people a year might die because of resistance to antibiotics. What once was considered a miracle drug has gotten a bad reputation because of its misuse in agriculture. 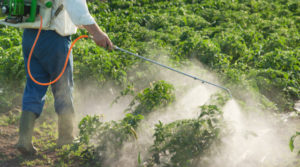 Nonorganic produce is another story. To prevent its being ruined by pests, itis regularly sprayed with toxic pesticides. I know you have seen the pictures of farmers using full protective gear when spraying the crops because, yes, it’s super harmful to both the environment and to our bodies. Pesticides are the only substances that kill living things that we intentionally release into our environment. Pesticides have been linked to a wide range of human health hazards, ranging from cancer and reproductive issues to endocrine disruption. Children in particular are at high risk when exposed to them. So, once again, the environment and all the workers who harvest these crops are exposed to heavy pesticides. 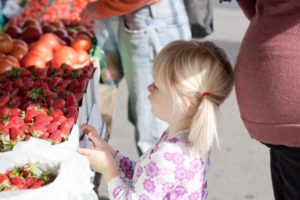 As we question whether organic and fair trade food is really worth the cost, I would say yes. Your health and that of the workers who produce the food, and the environment are worth it. As you see, someone is always paying a steep price for cheap food.

It’s a very sad truth that cheap food does come with a heavy price; you just might not know about it. We can’t keep expecting our food to get cheaper and cheaper when everything else is becoming more expensive. 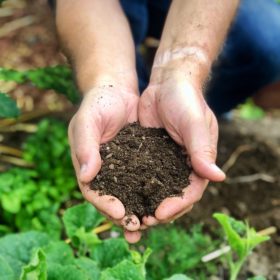 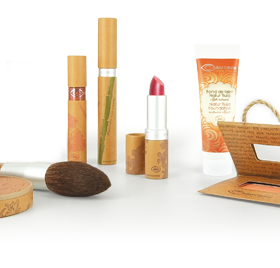