Hemp, which contains little or no THC, is a variety of plant in the same species as marijuana (cannabis). Industrially, it can be

refined into products such as foods, oil, wax, resin, rope, cloth, pulp, paper and fuel. Before “reefer madness” anti-drug policies took hold in the 1950s, hemp was widely grown in the United States. Today, however, increasingly tolerant views regarding marijuana mean something of a comeback for industrial hemp production.

Hawaii is the latest state (23 in all) that has enacted pro-industrial hemp legislation, making “sober marijuana” a new bumper crop. Just this year, more than 70 bills related to hemp have been introduced in more than half of United States. The current Farm Bill legalized industrial hemp for research purposes. Hemp policy is “not just turning a corner,” said Rep. Earl Blumenauer (D-Ore.) earlier this year. “It’s turning a corner and running downhill.”

America’s renewed awareness of the value of hemp is rooted in its sustainable and environmentally friendly characteristics:

Hemp grows easily in a variety of climates and soil types. It can be very tightly spaced (decreasing land use), and it grows fast (leading to high yields). Also, because hemp improves soil health (see below), farmers can start growing new crops immediately after a hemp harvest without waiting out a fallow period. Finally, hemp needs only about half the land and half the water that thirsty cotton requires in order to thrive.

Hemp plants are naturally resistant to most pests, removing the need for most pesticides, herbicides and fungicides; and they thrive on less water than most crops, truly earning their nickname, “weed.” Hemp’s resiliency makes it a natural for cleaning up soil pollution, using a process called phytoremediation. In fact, hemp was used at Chernobyl to harmlessly extract toxins and pollutants from the soil and groundwater. Hemp actually absorbs CO2 while it grows through natural photosynthesis, making it carbon negative from the beginning.

Hemp fibers have been woven into fabric and rope since time immemorial, and come in a variety of natural colors, based on how the plant is processed. As a textile, it has “a wonderful drape, comparable to linen,” according to Patagonia. It is also extremely durable. In fact, I worked in a historic (1904) building with a 1200-lb. service elevator held up entirely by an inch-thick hemp rope.

Hemp seeds have a nutty flavor and are considered a superfood since they are a complete protein and high in omega-3 fatty acids. The seeds are used in a variety of health foods such as hemp seed butters, energy bars, hemp oil, and even hemp seed milks.

In addition, hemp pulp has been used to make paper for at least 2,000 years. An early draft of the Declaration of Independence is written on hemp paper. But currently it is significantly more expensive to process than wood pulp. With more efficient processing methods, however, hemp pulp could replace wood pulp for paper production, creating a more durable, sustainable and recyclable product. Also, hemp’s low lignin content and naturally light color mean that fewer chemicals and less bleach are required to pulp and color hemp paper.

Using corn to produce biofuel has proven to be expensive and environmentally stressful. A 2009 study from the University of Connecticut’s Biofuel Consortium found that hemp seed oil made a “viable and even attractive” feedstock for producing biodiesel. Hemp biodiesel proved to be high efficiency (97% of the oil was converted to biodiesel) and could even be used at lower temperatures than other biodiesels.

Hemp fiber can be mixed with lime to create carbon neutral building supplies, including insulation, pressboard, flooring and wall

construction. Affectionately called “hempcrete,” it’s energy efficient, nontoxic, and mold-, insect-, and fire-resistant. Hempcrete is easier to work with than concrete and just as strong.

Hemp/plastic composites are stronger, lighter and cheaper than fiberglass or carbon fiber, and they’re recyclable. Henry Ford famously built a car out of hemp and soy plastic in the early 1940s. In 2008, the carmaker Lotus did the same when its Eco Elise included hemp in its composite body panels and spoiler. Many car manufacturers have since switched to hemp composites for door panels, columns, seat backs, boot linings, floor consoles and instrument panels.

Currently, the U.S. imports most of its hemp products from China and Canada. In 2011, the U.S. imported $11.5 million worth of hemp products, up from $1.4 million in 2000. Now, though, the U.S. has a chance to create domestic jobs and capitalize on this booming market. With Canada’s hemp industry set to break a billion dollars in earnings this year, some estimates value the new U.S. industrial hemp market at $500 million per year. And that has nothing to do with those beaded friendship bracelets from the ’90s.

Lettuce Love – For Your Garden and Your Soul 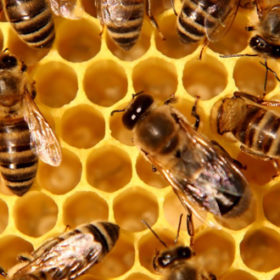