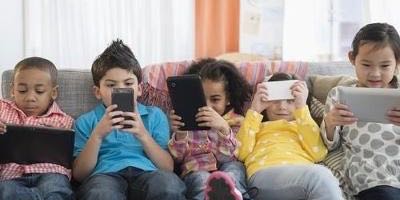 At a parent meeting in my daughter’s Waldorf School, the subject of screen time in the form of TV, TV games, ipad and iPhone was brought up. It turns out we have a few students with, shall we say, a very “adult” vocabulary, and some parents have linked it to what the children watch or play.

It has been two years since we made a family decision not to have TV anymore. Just to clarify, this means 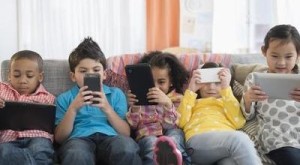 that we have no cable and no TV channels, so there is no regular TV watching or surfing. However, we do have an iPad that we use to watch movies, and our kids do watch a movie one day a week. Now, when I told the parents at the meeting about this, they went completely quiet and just stared blankly in disbelief. I get it: lots of people would never consider not having TV because it has become a huge part of our daily lives. It is something to entertain the kids with so we can cook dinner or get other things done. It’s also a way to relax at the end of the day after kids are in bed. For some, it’s something to have on for background noise. I do not judge anyone having TV, to make this very clear; but for my family, not having a TV has been wonderful, and I see a huge difference in not only my kids, but in myself as well. I have way more fun with my kids; their imaginations are much better; and they play so well with each other.

As most of us parents know, screens can be addictive, not only for adults but also for younger children in particular. Therefore, combating screen time with children can be quite a challenge — but it’s worth fighting. TV, film, videos, DVDs, computers, ipads, iPhones and electronic games have a powerful effect on kids. Of course I also believe that TV and other screen programs and game entertainment for kids can also be very educational, but in this article I do focus on movies, regular TV shows, internet videos and games. 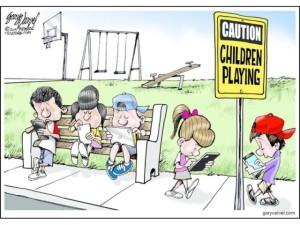 Today’s movies, shows and TV games tend to contain more violence and sexual images. A Surgeon General’s report last year concluded that 61% of all TV programming contains violence. According to the American Academy of Pediatrics, a child who watches three to four hours a day of non-educational TV will see about 8,000 small screen murders by the time he or she completes grade school. Now, how scary is that? I know some parents assume that as long as there is an adult present, it will be ok. The truth is that exposing young kids to video games and TV shows depicting sex and violence can have a great effect on their development. I think this is what we have experienced with the kids in my daughter’s class: they play fairly violent video games, and suddenly in the school yard we have very nasty language and behavior that should never belong to a 9-year-old. My daughter also tells me some of the girls talk about how having big boobs and a butt means you’re sexy!!!???

Waldorf Schools really encourage parents to limit screen time for their children. Actually, at the Waldorf School in San Diego, California, parents have to promise to reduce screen time on their application because of the effect it has on the child’s behavior at school. Another main reason behind the Waldorf School’s philosophy regarding kids’ screen time is how television affects the brain in many ways, and that it could weaken the imagination in children. In fact, a study led by Dr. Aric Sigman, an Associate Fellow of the British Psychological Society, demonstrated that the occurrence of “jump cuts” in television, which fracture attention spans, is the first technique that translates into a weaker imagination.

Here are some other possible side effects of too much screen time:

One of the parents at the meeting said straight out that he feels it’s just plainly a cop-out not to limit screen time for kids, and I understand why he said that. It’s a struggle to limit screen time — even for my kids, who don’t even watch a whole lot. They do get sucked in very quickly, though. For example, with our 9-year-old daughter Bella, it’s constantly a struggle to limit her surfing the internet and playing games on her phone, but we’re determined to keep fighting. 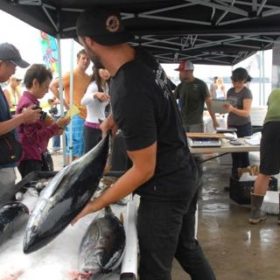 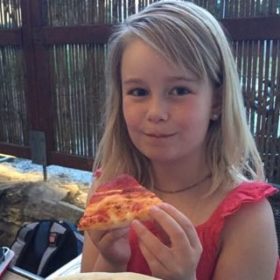