Resistance: Time To End Misuse of Antibiotics in Agriculture

Last week, meat from a major grocery store in Sweden was recalled because it had been contaminated with a dangerous hormone. I sigh every time I hear about contaminated foods being sold in local grocery stores. I get especially fed up with hearing about all the pharmaceuticals being used in agriculture. The time to stop the misuse of any hormones and antibiotics in agriculture is TODAY.

I’ve written about this subject many times here on Green-mom.com, and you can read those articles here, here and here. 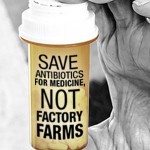 Standard practice misuse of antibiotics on animals destined for use as meat is worldwide. In the U.S alone, for example, 80% of all antibiotics produced are used on healthy animals raised for food to make them grow faster and as a precaution against the spread of diseases due to the unsanitary industrial farms. What once was considered a miracle drug has gotten a bad reputation because of its misuse in agriculture.

The misuse of antibiotics in meat comes with a heavy price of dangerous superbugs resistant to antibiotics for us humans. Sadly, as a result, resistant infections kill hundreds of thousands of people around the world each year. Antibiotic contaminated meats such as chicken, turkey, farmed fish and seafood, pork, beef and lamb put our children and ourselves at risk.

Here is a link to a trailer for a new documentary called Resistance, which covers the antibiotic resistance issue. I highly recommend that you watch it and learn more about why agricultural misuse of antibiotics is so harmful.

Experts Warns Of Fracking May Cause Earthquakes 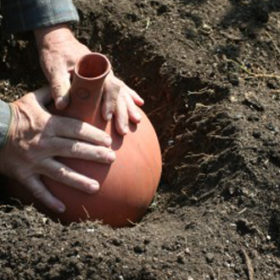