Americans purchase an estimated 34.6 billion single-serving (1 liter or smaller) plastic water bottles each year. Nearly 80% end up in a landfill or incinerator. Hundreds of millions of them create an environmental disaster, littering our beaches, oceans and other waterways. According to the Pacific Institute, when factoring in the energy used for pumping, processing, transportation and refrigeration, the CO2 footprint of bottled water consumption in the United States is the equivalent of 50 million barrels of oil annually — enough to run 3 million cars. 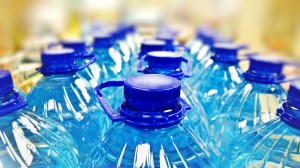 water sold at a 1,000 percent markup. These products include major brands such as Aquafina, Dasani and PureLife (owned by Pepsi, Coca-Cola and Nestle, respectively). These companies have been forced to clearly label their water as bottled from a “public water source.”

Tap water, which is delivered through an energy-efficient infrastructure, is subject to more stringent regulation and testing than bottled water, making it cleaner and healthier, and costing a fraction of the price of bottled. The FDA regulates only bottled water sold across state lines. The rest remains unregulated and is subject to less rigorous testing than that of many municipal sources.

Many people claim they hate the taste of their tap water. But when was the last time you tasted your tap water? Try a blind taste test. You may be surprised. The overall taste of tap water has improved dramatically over the past few decades. The American Water Works Association holds an annual taste test; Oklahoma City won last year. To find out how your city ranks, click here.

The United States’ municipal water systems are among the finest in the world. When almost a billion people around the world don’t have access to clean drinking water, to thoughtlessly turn up our noses at tap water seems almost criminal.

The backlash against bottled water is growing. The United Church of Canada is one of several religious groups abandoning bottled water on moral grounds. A school district in Berkeley, California, no longer offers bottled water at any of its schools or offices. Small governments across the country are saving energy and money by banning bottled water. On March 4th, San Francisco became the first major city in the U.S. to ban the sale of plastic water bottles on public property. 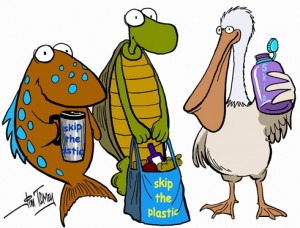 Single-use plastic water bottles aren’t just bad for the environment; they’re dangerous to your health. Many plastic bottles contain harmful chemicals like BPA, which leach into water and can lead to hormonal imbalances, brain damage and reproductive complications.

There are plenty of BPA-, PET- and HDPE-free bottles out there that are reusable and dishwasher safe. Stainless steel is one of the best materials for bottles. They come in a multitude of shapes, sizes, colors and designs. I have a Klean Kanteen bottle that I love, and some people swear by their Sigg bottles. Lands End and L.L. Bean also carry lines of stylish stainless steel bottles. They also make great gifts.

If you’re concerned about the tap water quality in your area, invest in a good water filter. My mom has an Aquasana system that she’s very happy with. Brita is another very popular brand. Once you make the switch, you’ll be so relieved to clear out pantry space and eliminate the clutter of empty bottles, plus you’ll be striking a major 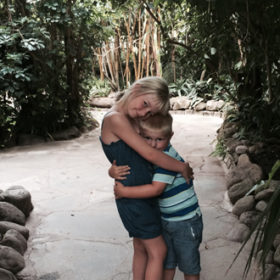 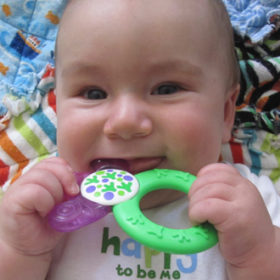