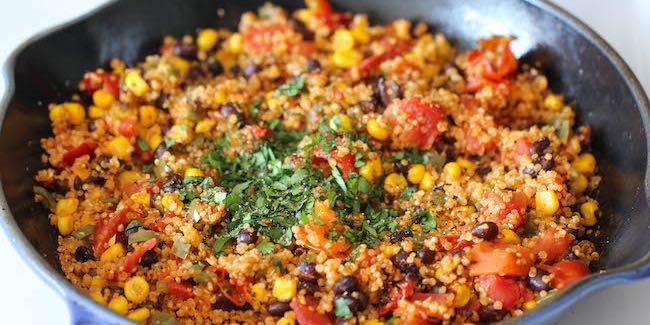 By Fredrica Syren a.k.a Green mom:

Quinoa is one of those foods I find to be most misunderstood. People either don’t know how to eat it or how to cook it. I love quinoa, and we eat it at least once a week. Native to South America, it is a fantastic wheat-free alternative that’s a complete protein grain. A very good source of calcium, magnesium and manganese, quinoa also possesses good levels of several B vitamins, vitamin E and dietary fiber. Quinoa can be used in soups, bread, and porridge; and it can be substituted for rice and barley.

When cooked, it has a slightly bitter taste, which I think can be off-putting for some. But my tip is to bring quinoa to a boil in water, then drain and wash the quinoa before cooking it again in fresh water. This method will remove the bitter taste and, instead, produce a nutty flavor. You know quinoa is finished cooking when it fluffs up and releases something that looks like a tiny tail.

One of my kids’ favorite ways to eat quinoa is in this Mexican dish I found on Pinterest. It’s very filling and satisfying, and I serve it with corn tortillas, salsa and guacamole. I love it because it’s a one-pan wonder☺

Heat the oil in a medium saucepan over medium high heat. Add the garlic, celery, carrot, spring onion and jalapeños, and sauté for about 1 minute, until fragrant. Stir in the quinoa, broth, beans, tomatoes, corn, cumin, sugar and salt. Bring to a boil, and then reduce heat to a simmer. Cover and let cook for 20-25 minutes, until the liquid is fully absorbed. Remove from heat, stir in cilantro, spinach and lime juice. Season to taste. 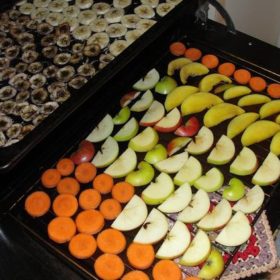 How To Dehydrate Food

Why Visiting Libraries When Traveling Is Great 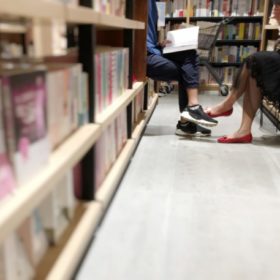