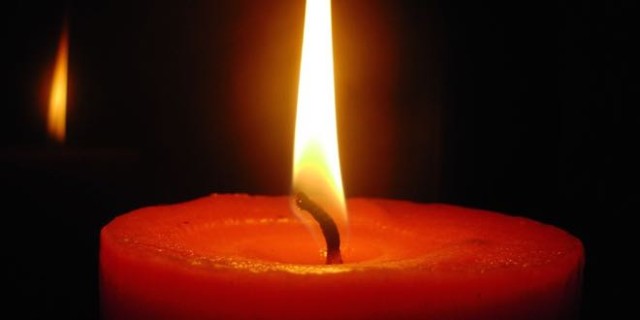 Life without Electricity? Why, Yes!

The small mountain community where I live, Cuyamaca Woods, is completely “off the grid,” and has been so since its creation in 1969. The remoteness here is what really attracted my husband and me. There is no electricity other than what we make ourselves, so everyone in Cuyamaca Woods uses solar power for electricity.

And no one wants to go so far as to do without all the electronic toys we’ve come to rely upon. With only four solar panels, 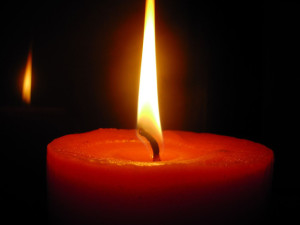 eight batteries, and one small backup generator for winter days, all of our electrical needs are easily met. An Outback brand inverter/charge controller manages it all. We certainly don’t feel deprived, either. We enjoy all the technology we could want: laptop computers and tablets, a TV, two desk fans, a printer and internet speakers. The heater’s fan uses electricity, and there are six fluorescent lights in our 550-square-foot cabin. The refrigerator, heater, stove, oven and water heater all run on propane. Part of living green means giving up those 10,000 square foot McMansions and dozens of high-draw appliances.

There are many advantages to off-grid living. For instance, during a power outage that threw most of Southern California into panic mode for about 12 hours, our neighborhood was blissfully unaffected except for the lack of Internet access. Frequent utility rate hikes and health concerns about the new “smart meters” are not part of our consciousness. Knowing that the sun powers the entire house is a great feeling.

Freely available electricity has spoiled us — we don’t even think about it until it’s not there. We take for granted that electricity will always magically appear at the flip of a switch. Living on solar power, one automatically thinks differently about energy use. Turning off lights in unoccupied rooms and keeping an outdoor light off unless someone is actually outdoors are easy behaviors to be aware of. 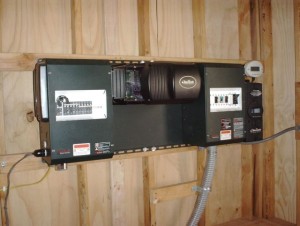 Maintenance of a photovoltaic (PV) system is minimal but necessary; the batteries’ water levels must be checked and refilled regularly. During lightning storms, we disconnect the system from the panels to protect the inverter and batteries. Sometimes we have to walk down to the solar shed through the rain or snow to turn on the backup generator in the winter. If there’s no appreciable sunlight for a couple of days, we’ll need to run it for an hour or so. But in Southern California, that happens rarely and only in the winter months. These instances provide awareness that has allowed us to understand better our relationship with the world we inhabit.

Another way to generate electricity is with a small wind turbine or a water wheel, but those systems are generally used as secondary, backup sources of power.

There is a certain appeal to going without electricity altogether, though. It forces us to reconnect with the cycles of nature. Ever been camping? Have you noticed how, after not very long, your body clock resets itself to wake at dawn and get sleepy at dusk? Without artificial lights, we naturally adjust so that we can make the most use of the day’s sunlight.

Darkness is one of the principal benefits of off-grid living. Constant light is unnatural; it is terrible for our immune systems. Whole generations of kids are missing out on what dark skies have to offer. During a power outage in Los Angeles in 1992, panicked residents called 911, reporting “strange clouds” overhead. Turns out they were seeing the Milky Way for the first time in their lives. Our area boasts a large number of amateur astronomers with their own telescopes and home observatories. To be able to sit outside on a balmy night under the Milky Way and point out constellations, planets, satellites and meteorites to a loved one is a rare experience for most urbanites.

If you do want to stay up for a while after dark, there are kerosene lanterns and beeswax candles. For a soft, directionless, ambient light, strap a head lamp onto a gallon jug of water, with the light pointing inwards. For more direct light, these battery-powered LED lights are small yet bright and can be placed anywhere. Keep inexpensive LED flashlights in handy spots throughout the home. Or build up a “wilderness television,” aka a campfire. Tending it will keep you busy into the night, and it’s interactive and mesmerizing and encourages conversation. Plus you can’t roast marshmallows or make Jiffy Pop over technology! 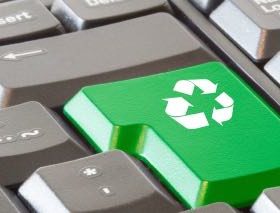 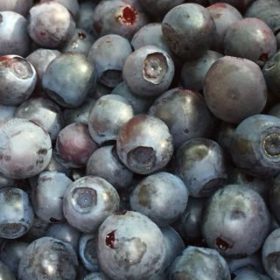