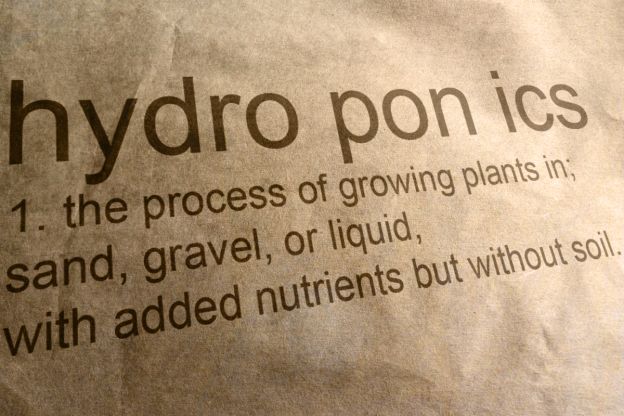 Dennis and Danielle McClung’s “Garden Pool” began when they bought a foreclosed home in Mesa, Arizona, in 2009. The backyard was dominated by a broken, empty swimming pool which would have cost a small fortune to repair and fill. Instead, Dennis sketched out his idea, built a plastic roof over it and start growing things inside a DIY greenhouse. 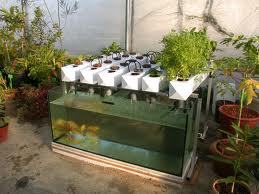 McClung and family have grown broccoli, sweet potatoes, sorghum and wheat, tomatoes, bananas, beans and zucchini. They also have chickens, tilapia, algae, and duckweed all interacting symbiotically. The McClung’s spend only about $100 a month on groceries for things like cooking oil and coffee.

At first, McClung just wanted his own family to live more sustainably. Now he wants to share his ideas, and show how amazingly productive a Garden Pool can be. “I want everyone else to build great systems.” Because of his endless experimentation with new crops, filters and catchment systems, McClung calls his backyard “basically a Frankenstein laboratory,” which isn’t as attractive as some of the impressive Garden Pools he’s helped build. He and an active community of Garden Pool advocates are building Garden Pools across the country and the world.

Here’s how it works. Tilapia (a kind of fish) live in the pool’s deep end. A chicken coop is built over the pond, and their droppings fall through wire mesh, feeding the algae and duckweed in the pond. The fish eat the pond plants, defecate their own nitrogen-rich droppings, and the fish water then gets directed (using a solar-powered water pump) into the hydroponic system that grows the family’s produce in the shallow end of the pool.

Instead of soil, the plants grow in sustainable expanded clay pellets or coconut coir. Excess runoff water runs back into the pond, 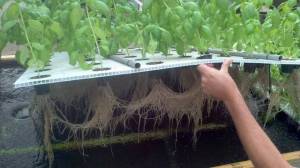 and a rain catchment system on the roof captures some of the nine inches of annual rain the Phoenix area sees, so the Garden Pool requires a fraction of the water needed for a conventional garden. Pest control is organically managed with things like adding ladybugs to eat aphids, snails to control algae, and selecting plants like marigolds and garlic, which repel whiteflies and spider mites.

Impressed? Dennis says they’re just rolling up their sleeves. The McClungs have added a couple of pygmy goats for milk, and several fruit and nut trees to the experiment. Various crops have met with varying degrees of success. For instance, blueberries and amaranth didn’t do as well as eggplant and asparagus, but McClung’s book includes a long list of things that grow easily in a Garden Pool. 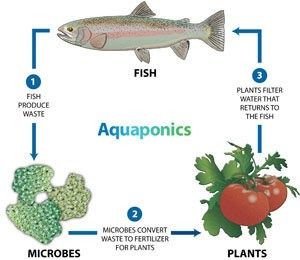 The just-released second edition of Garden Pool’s extensive how-to book features detailed instructions, illustrations, photos, and QR codes that link to video tutorials. Dennis says building your own Garden Pool is not as labor-intensive or complex as it sounds. In addition to free online tutorials, McClung teaches Garden Pool certification courses. Recent grads are starting their own meetup groups in Los Angeles and New York.

What started as a goal for family sustainability, grew into a grand experiment and blog, and is now a full-time occupation and a 501(c)3 nonprofit with a small staff. “It’s not a job yet,” insists McClung. “I love it. I dream about it. What inspires me is watching families’ lives being changed, watching communities change, observing the change.”

Now that it’s a nonprofit, Garden Pool can apply for grants to fund international trips, and “hop from place to place and make stuff happen.” McClung wants to build Garden Pools in Haiti, Africa, South America, and across the globe, and eventually become an international clearinghouse for research into closed-loop systems.

Garden Pool’s Phoenix-area Meetup group has nearly a thousand members — local volunteers, students and gardeners — who have helped build a dozen Garden Pool systems in and around Phoenix. Scientists and engineers from Cornell University, Arizona State University, and even the space industry have visited the Garden Pool to study its symbiotic design. This spring, volunteers paired up with Naturopaths Without Borders to travel to Haiti and build a Garden Pool there. In addition, Dennis says, “We’ve helped maybe three dozen being built across the country,” through email and phone consultations, “from Florida to Toledo to Palm Springs.” 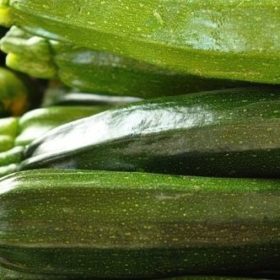 Things To Do with Zucchini 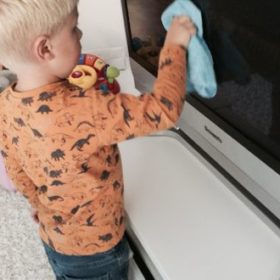