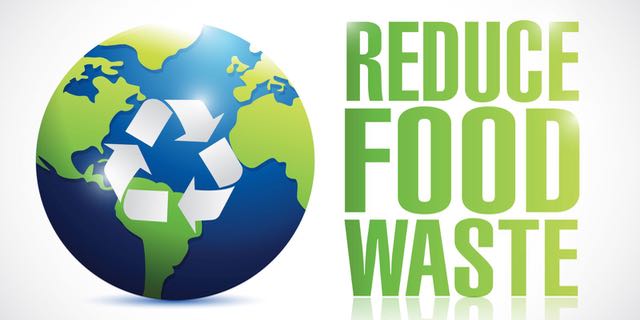 Food Waste — Where Does the Problem Start?

The issue of food waste has become a hot topic these days. And although I’m pretty sure there always has 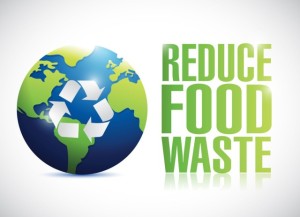 been food waste — more or less from homes, restaurants and grocery stores — it has escalated in recent years. I already have covered the issue with food waste at home and how France has banned grocery stores from throwing out perfectly good food. I recently watched the movie Eat It where for six months filmmakers and food lovers Jen and Grant ate only foods that otherwise would have been thrown away. It made me curious about why grocery stores throw out food and basically throw money into the trash. I decided to talk to my local grocery store owner, Jacob Garpes, who has been working in the food business for a long time.

Jacob estimates that his little store is responsible for throwing out 4% of its food and, as he puts it, most of it is perfectly good. It costs him lots of money, but mostly it frustrates him that perfectly edible food lands in the garbage. The problems he sees is that consumers are fixated on perfect looking food and really don’t like anything with a short expiration date on it. I also talked to some so-called dumpster divers who told me they frequently find food that will not even expire for another month, but since stores no longer can sell it, it ends up in the dumpsters. There needs to be more education regarding “sell-by” and “use-by” dates on packaged supermarket foods since both are merely advisory and don’t have much, if anything, to do with food safety. 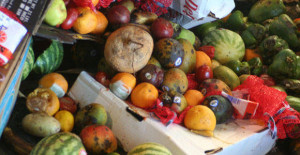 One of my questions was why not sell this food at half price? Jacob told me there are a few reasons for not doing this. One big reason is that it takes time and money for the grocery store staff to change price tags and change prices in the computers. Another reason (that really surprised me) is that most consumers resist buying ½ priced food that is close to its expiration date or has spots, etc., or because of fear or shame, or just wanting it to look perfect. So the solution to the food waste epidemic is both consumers’ and retailers’ problems.

Consumers need to start thinking differently about food and what we buy and eat, and not to expect perfection. For Jacob, his solution so far is to minimize as much food waste as possible by examining fruits and vegetables constantly, and removing anything bad so spoilage won’t spread. He and his staff also live a lot on food waste from his store and, as he puts it, they all are healthy and surviving by eating it. So, there is perfect food that otherwise would have been tossed.

Here are some sad facts about food waste:

How sad is this, since hunger is still one of the most urgent challenges worldwide, especially when considering that we produce more than enough food but choose to just throw it away and accept it as though it’s no big deal? We should be ashamed.

Forever I thought cars and transportation were the biggest causes of greenhouse gasses that cause global warming. In fact, it’s food and everything that comes with that. It’s what we eat, like meat and seafood, and how it’s raised and prepared; how we grow the vegetables and fruit; what pesticides are used for it; how it’s packaged and transported to the store; and all the food waste in grocery stores, at home and in restaurants. This is the biggest cause of greenhouse gasses, and if we can just change the way we eat and what we eat, we could make a huge difference. 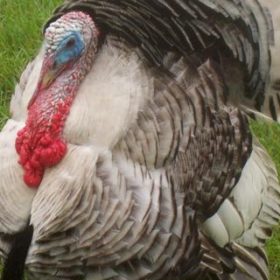 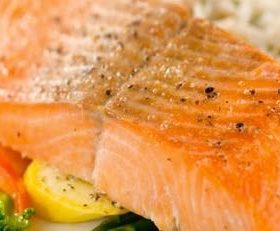