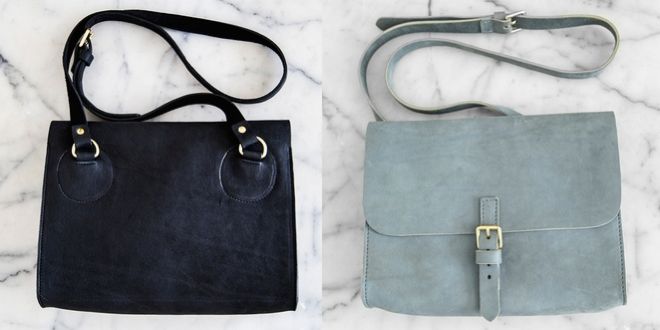 The term “slow fashion” emphasizes ethical manufacturing, local production, high quality materials, and timeless styles. Just like slow food, slow fashion is starting to get the attention of consumers around the world. It runs contrary to the shoddy quality of environmentally polluting fashion items produced by inhumane sweatshops. Could slow fashion be the next step for the farm-to-table trend?

Husband and wife team Kate Huling and Andrew Tarlow have launched Marlow Goods, a line of high-end handbags made with locally sourced leather. The bags feature classic and practical designs with clean lines, and are hand-sewn in small batches in New York City.

Tarlow is the restauranteur behind an impressive list of locally minded restaurants (Marlow & Sons, Diner, Roman’s, Achilles Heel, and Reynard). The leather comes from the hides of the same animals served at these Brooklyn establishments and were raised just three hours away at Kinderhook Farm. “I don’t think we saw anyone else who was connecting restaurants and grass-fed meat and fashion,” Huling told Vogue.

Small scale production and hand-craftsmanship do add up to a cost that’s comparable to high-end designer purses, 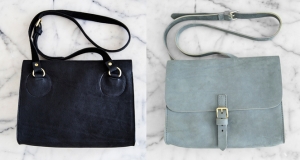 approximately $560 to $725. As romantic as farm-to-table may sound, in reality it requires extra time, work and money. “In a way, we’re taking these rawhides out of their natural flow,” says Huling, as most leather is turned into solvents and chemicals. “We pay the slaughterhouse to hold the hides, we pay someone else to pick them up and salt them, we pay someone else to transport them, and then we pay a lot for custom tanning because we’re doing everything in small batches.”

Now, Marlow Goods is launching a stand-alone pop-up boutique inside the Wythe Hotel in Williamsburg, where diners can enjoy a steak and then take home a leather bag. Most restaurants offer doggie bags to take home leftovers; at Reynard, on the ground floor of the hotel, you could leave with a handbag made from the leftover hides of the very same animals served for dinner.

For the Wythe boutique, Huling is incorporating other local artisans such as Ulla Johnson, Caron Callahan, and HomeSpun Knitwear. “Hopefully people will walk in and instantly feel like they’re really in Brooklyn,” she says. Though it is a pop-up for now, Huling hopes that Marlow Goods could soon find a permanent home in the hotel.

While still in college, Huling worked with legendary leather sandal maker Barbara Shaum on New York City’s Lower East Side and helped design bags for indie label A Détacher. After taking time out to raise three children in quick succession (she and Tarlow now have four), she began looking to get back into leather work. “At that point, it kind of all just clicked,” she recalls.

Huling launched the line in fall 2008 under its original name, Breton, creating classic satchels and briefcases from cow and sheep hides sourced from the same farm in Kinderhook, New York, where Tarlow’s restaurants order meat. The sheep wool is also used to make scarves and sweaters. “I’m always driven to find styles that are as simple and as useful as possible,” says Huling. “In many ways, my design aesthetic is the same as Andrew’s design of the restaurants. We’re very nostalgic for the way things used to be — the classic look of old fashion houses like Louis Vuitton and Hermès, or the feeling of living in a village and selling your goods and wares.”

It’s this commitment to sustainability and support of the local economy that makes Marlow Goods’ handbags all the more appealing, especially within the elegant setting of the Wythe. Of course, all of Marlow Goods’ items are also available for sale online. 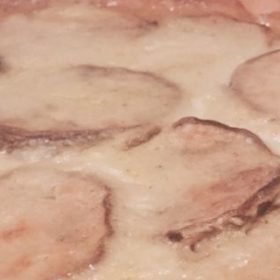 Are Moms Allowed To Enjoy Being Alone?