Experts Warns Of Fracking May Cause Earthquakes

“Fracking” is a shorthand term for hydraulic fracturing, a new process used by the oil industry to extract shale oil from previously 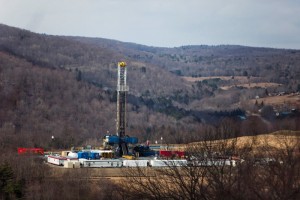 untapped sources. It involves injecting water, chemicals and sand at high pressure deep into the ground, breaking the rock and releasing oil for extraction. The sand itself is rare and is being mined at alarming rates for the fracking industry. When the oil has been removed, the wastewater is simply dumped into a deep well hole.

Fracking has been linked to increasing numbers of earthquakes. Usually, though, the cause is the injection of fracking wastewater into wells. This wastewater contains a high salt content and a variety of chemical contaminants. The EPA estimates that there are 144,000 wells receiving more than two billion gallons of wastewater per day.

In areas of the U.S. Southwest and Midwest where earthquake faults have not been mapped extensively, fracking can present a much higher risk of causing dangerous earthquakes than previously believed, said seismology researchers at the Seismological Society of America’s annual meeting in Anchorage. New research indicates that disposal wells are capable of affecting earthquake faults miles away.

Worse yet, seismologists are not able to predict which injection sites are most likely to pose risks to public buildings or critical infrastructure like power and water. Mounting evidence shows that fracking from the North American oil and gas boom can lead to unintended, man-made tremors, or “induced seismicity.” 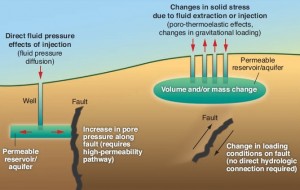 Gail Atkinson, an earth sciences professor at the University of Western Ontario, is the lead author of a new study which found that induced seismicity may pose “a significant and as-yet-unquantified risk” to the integrity of critical infrastructure, such as major dams. “We don’t know how to evaluate the likelihood that a [fracking or wastewater] operation will be a seismic source in advance,” she said. “We don’t know the maximum magnitude that could be generated, or the maximum ground motion.”

The disposal wells generally are deeper than the fracking wells that extract oil and gas, so they actually have more potential to alter seismic activity in an area. Luckily, most of the wastewater injection wells don’t appear to be causing seismic activity, according to Art McGarr, a geophysicist for the U.S. Geological Survey (USGS).

A number of wells, however, have been linked to earthquakes. In a paper released at the conference, McGarr and USGS colleague Justin Rubinstein found that a relatively high volume of wastewater and a high injection rate increase the likelihood of an earthquake powerful enough to be felt. But the exact correlation between the amount of wastewater and earthquake intensity is still unknown, McGarr said. Of course, the oil industry insists that the link between injection wells and earthquakes is inconclusive.

A 2013 paper in the scientific journal Geology stated that the tip of the Oklahoma quake’s initial rupture plane was less than 200 meters away from injection wells, and concluded that years of injecting fluid into them had altered the pressure on the fault.

Cornell University geophysicist Katie Keranen says that four high volume wastewater injection wells in Oklahoma triggered a swarm of small earthquakes about 9.3 miles away. It’s not necessary for underground wastewater to directly reach an earthquake fault because “the pressure can travel,” Keranen explained.

surface, which could result in more intense ground action. “If you look at a typical earthquake in California, it’s five miles underground,” Keranen said. “If you induce an earthquake at 1 or 2 miles below the surface, ground motion is going to be a lot stronger.”

The USGS is just now beginning to incorporate data on induced seismic activity in its maps. It’s difficult to predict where wastewater injection might increase the risk of earthquakes, particularly in regions that are not traditionally thought of as earthquake zones, such as Oklahoma and Ohio. Scientists said fracking itself, not wastewater injection, triggered a series of quakes in those states last fall.

“We might have earthquakes happen in places where they normally would occur over long time-scapes,” Atkinson said. “The earthquake that’s triggered would happen anyway, but maybe it wouldn’t have happened for 1,000 or 10,000 years.”

Fracking is now occurring in places not known for oil drilling. For instance, Navajo Oil & Gas Co. is now fracking for helium in Arizona. If you want to prevent oil companies from destroying your environment and water tables, contact your state senators and representatives, and let them know fracking is not welcome in their districts. 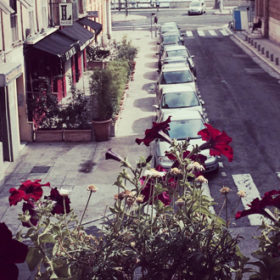 Resistance: Time To End Misuse of Antibiotics in Agriculture 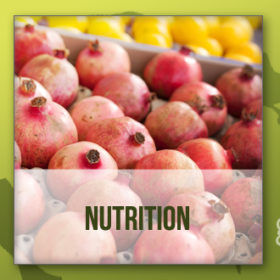