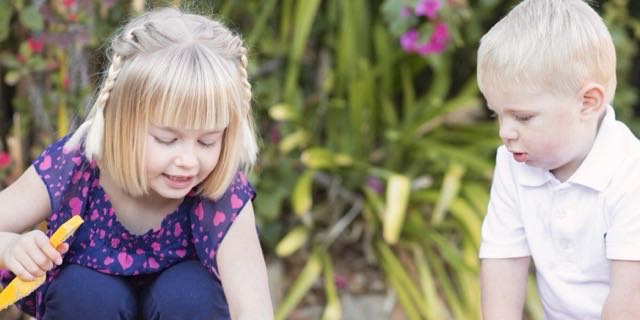 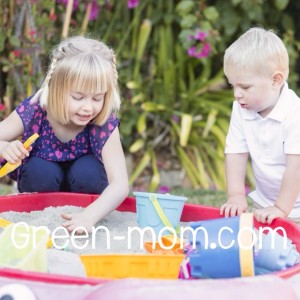 my sister. There was maybe one or two neighborhood kids aside from us, and our place was one of the coolest due to the horses and stable at the top of the ten-acre property. We would spend all afternoon after school playing outside in the yard, garden or barn, largely unsupervised. We would create our own games, complicated storylines, make toys or anything else we needed out of natural items, or repurpose our other toys for new roles.

Now as a kindergarten teacher, I see the same playfulness, creativity and expression that I had as a child in my students when they are allowed to play on their own. This concept of “free play” is quite vague, but essentially encompasses any activity when children are left to their own devices to direct their own play experience. This is the foundation of many early education programs around the world, ranging from Waldorf type schools to large statewide programs such as those in Sweden.

The parameters of free play, according to Philipp Reubke, a kindergarten teacher at the Rudolf Steiner School, include freedom, time, space and a variety of objects. Freedom is important for children to build 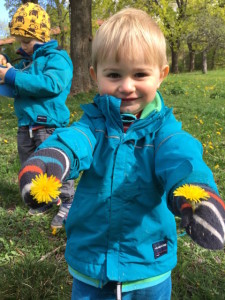 confidence in their decision-making and to create a feeling of control in directing their environment. Supplies, materials or toys are provided, but that’s it — no explanation or expectations for what they are supposed to do with them. The second parameter is time. From my experience teaching, any amount of free play time is beneficial, but some researchers recommend a minimum of one hour in order to allow for adjustment and full immersion. The next thing to be aware of is space. Having ample space allows the children to be physical with jumping, building, or otherwise using their full range of motion; but this also can refer to giving children the sense of space by letting them be without hovering or inserting oneself into their creative process. The concept of space includes the location of the activity — a large space with different areas to explore or manipulate, such as a nook or cranny, allowing for more opportunity to create. Finally, giving children a variety of objects allows them more opportunity to manipulate their surroundings. I have personally seen pillows, legos, larger building blocks and an open floor become complex structures with complicated stories and rules created by my students when given space, time and freedom to create.

From my own experiences teaching kindergarten, after a certain amount of time and organized activity, the students seem to reach capacity and lose focus. This is when I prefer to allow time for play, as it permits them to absorb the lesson, release some energy, and regain control in their day. Ideally, after a maximum of an hour and a half of learning, I like to allow them to go outside for thirty minutes to an hour. This way, they can decompress from the lesson and play according to their own preference. Children split up, depending on where they would rather direct their energies — sculpting in a sandbox or in the snow, running or climbing around, exploring quietly by themselves, or playing catch, for example. If going outside isn’t an option, letting the students have free reign over boxes of legos, scarves, musical instruments or any other number of toys creates a fun environment. After about an hour, they are ready for another activity with more organization and direction.

My role as the teacher does not become irrelevant when we encourage free play. I remain available for children to include me as they see fit, to mediate conflicts, or to offer assistance of some sort if prompted. With this in mind, it is important to acknowledge that free play doesn’t mean merely ignoring your children or students and letting them fend for themselves, but instead providing a safe and supportive environment for children to dictate their own imaginations. 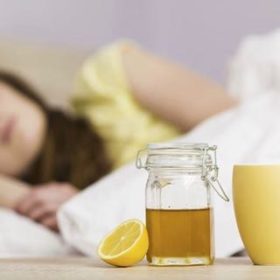 My Natural Remedies for Cold and Flu

The Mighty Lentils And Pasta Sauce