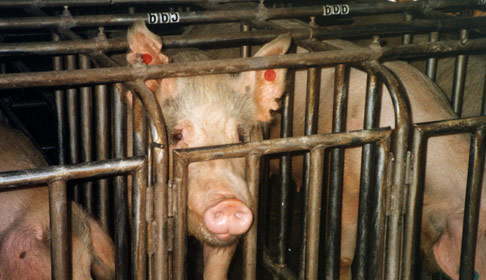 Damage to the Environment by Factory Farms

Of all the different businesses around the world, factory farming is the number one most unsustainable. The meat industry has been established as the major culprit in climate change, even more so than transportation. It might be hard to wrap your mind around how this is possible, but factory farming — from start to finish — is responsible for damage to land, natural resources, humans and animals.

The entire basis for factory farms is to provide cheap food at high volume for a large number of people. In order to do this and make a profit, the factory has to take some short cuts at the expense of both the farm animals and the environment.

This is how factory farms cause damage to our planet:

Huge amounts of water and land are required for meat production, a key factor in the deforestation happening all over the world, mostly notably in Latin America. The rain forest there is being subjected to deforestation: actually, on average every eighteen seconds one hectare is being lost to cattle ranchers. According to the Food and Agriculture Organization of the United Nations, 70 percent of the Amazon forest has been turned into land for grazing.

Half of all grain crops produced in the world are being used to feed the world’s 65 billion farm animals instead of the 795 million people in the world who are starving.

In the quest to produce cheaper meat, factory farms mass produce at a low cost by feeding animals 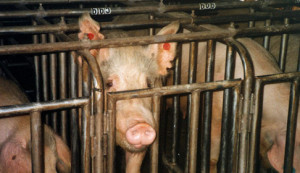 hormones so they will grow faster and bigger. The animals also live in very small areas, causing disease outbreaks. To prevent this and combat it, the animals are regularly fed low doses of antibiotics. All these medications cause huge damage to our eco-system and to our bodies. The animals are being treated horribly from the time they are born until they go to slaughter. Female animals will be impregnated over and over again, and their babies are taken from them within minutes after being born. Male animals usually are killed for meat. So, yes, when we demand cheap food, we also allow these practices to continue. Our environment and these animals pay the price for our cheap food.

Factory farm animals produce three times more waste than people do. With mass production of meat comes lots of animal waste, which is stored in huge so-called lagoons that are outdoors and uncovered. Often, they are as big as several football fields and, unfortunately, are prone to leaks and spills that will contaminate and damage the environment. There was an incident in 2011 when an Illinois hog farm spilled 200,000 gallons of manure into a creek that resulted in the death of 110, 000 fish. Another problem is that manure produces methane, a “greenhouse gas” that damages the ozone layer which leads to overheating of the planet.

Factory farms are increasingly more popular as the world consumes more and more meat. The result is 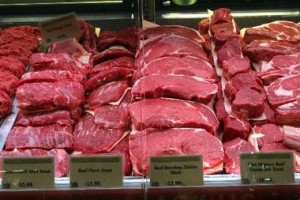 that our current global food system is responsible for one-third of global greenhouse emissions and, on top of that, it completely depends on fossil fuels for transportation. In this article I have not even covered agricultural factory farms and their use of toxic pesticides poisoning our planet, but basically factory livestock and agricultural farms create huge amounts of manure that pollute the soil, water and air. Animal factories also waste grain, water, fuel and other resources. They also threaten the health and quality of life of people living nearby.

I will never be the one to say that everyone should become a vegan; instead, I say that you can protect the planet, farm animals and people by …

Learn more about Factory farms effect on the environment: 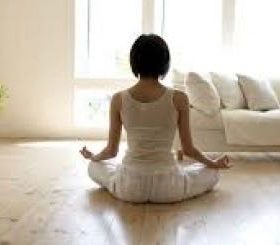 Calm Mind and Mom With Meditation 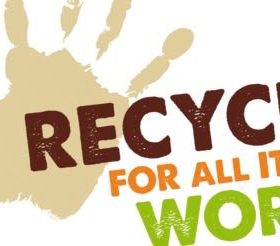