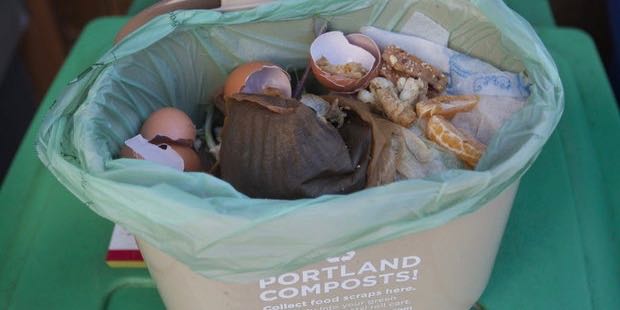 It’s finally happening…San Diego is getting curbside composting and well…not everyone are happy about it. What people don’t think about is that if they want to do something for the planet, composting is huge and with curbside composting all you have to do is separate your food waste and put it in a different bin and someone else will take care of the messy part.

In most cities, people have two choices of bins for their trash: one for recycling and one that will end in a 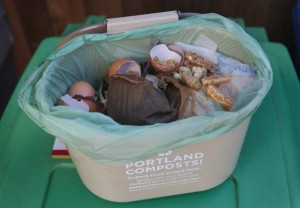 landfill. Curbside composting is the modern way of garbage disposal in a city. Today it exists in Seattle, San Francisco, Portland, Vancouver and New York. In my opinion, this should be the norm for all cities. How it works is that each participant (home or business) uses a special bag to collect the compost material, and places it into a green bin kept with the trash and recycling bins. It is then collected weekly. Once collected, the organic material is sent to a commercial facility where it gets turned into a high quality soil amendment also known as rich compost.
The sad truth is that more than 24% of the garbage that Americans throw away is food waste which is then taken to an overflowing landfill. Most people assume that food waste that goes to a landfill will simply decompose. The problem is that food in a landfill becomes a environmental problem. Since the food waste there decays without oxygen and moisture, methane is generated. This greenhouse gas is 21 times more potent in its heat-trapping capabilities than carbon dioxide. Composting is a great way to keep organic material out of landfills, thereby avoiding climate-warming gases generated by organic materials in landfills. The fact is that food waste and garden waste can serve a much better purpose anyway. Compost can be used instead as a natural and very rich fertilizer for both food production and for growing trees, plants, lawns and flowers. The main point about compost is that it benefits the planet instead of harming it. 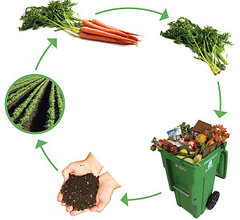 The Curbside composting also saves money. In Portland, Oregon, compost collection has decreased waste so much that the city needs to collect landfill trash only every other week. The estimated nearly 1.2 million tons of food waste in landfills every year costs nearly $80 per ton. This waste can be used as fertilizer or converted to energy at a much lower price. So it’s a win-win for the environment and for taxpayers. 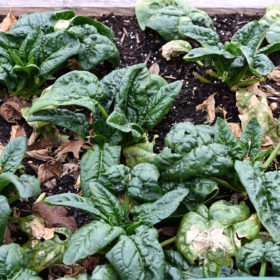 Leafy Greens To Grow in the Fall 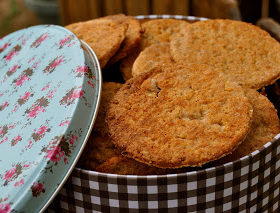