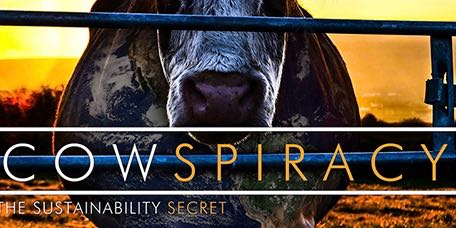 Last week I went to a talk by Kip Andersen, the filmmaker behind the controversial documentary Cowspiracy. This movie is the first of its kind and a real eye opener, documenting how, of all the different businesses around the world, factory farming is the number one most unsustainable. The meat industry has been established as the major culprit in climate change, even more so than transportation. From start to finish, it is responsible for damage to land, natural resources, humans and animals more than if we all simply ate a plant-based diet. And, by the way, when I say factory farming, I mean chicken and fish also.

Of course this movie’s message is one most meat eaters and dairy users do not want to hear, and certainly one the dairy and meat industries do not want people to hear. In Cowspiracy, Kip Andersen approaches leaders in the environmental movement, and uncovers what appears to be an intentional refusal to discuss the issue of animal agriculture, while industry whistleblowers and watchdogs warn him of the risks to his freedom and even his life if he dares to persist.

Andersen’s environmental activism journey began after watching the documentary An Inconvenient Truth. Having seen the film, he began to recycle religiously, turn off lights constantly, shower infrequently, and ride a bike instead of drive, thinking he was doing his part to save the planet. However, his life took a different direction when he found out that animal agriculture is the leading cause of environmental destruction. 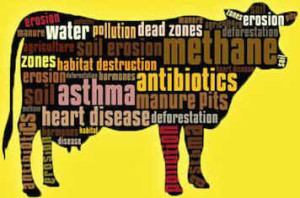 The one quite startling thing Andersen said during his talk was that, even if we stopped using all systems of transportation — like cars, trains, trucks, planes, etc. — and turned off our utilities, we would still have irreversible damage from global warming if we continue to raise so many animals for food.

It’s a fact that we’re “forking” our planet and draining it of all natural resources. There is just no way we can keep going on the way we have been. I really believe the change needs to start with what we put on our plates. The time to eat more organic and plant based food with less or no meat is now.

“The greatest threat to our planet is the belief that someone else will save it.”

Learn more about Factory farms effect on the environment: 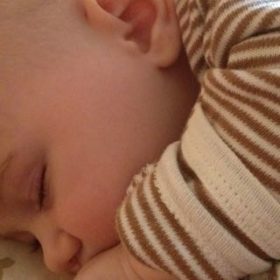 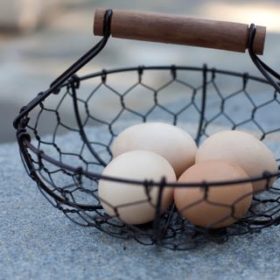