At the beginning of February 2021, a congressional report exposed four major baby food companies to allowing dangerous concentrations of arsenic, cadmium, lead, and mercury in their products for children under 36 months. Naturally, the Subcommittee on Economic and Consumer Policy findings sparked outrage among parents nationwide. So far, only two manufacturers have recalled several lots of contaminated baby food, namely Beech-Nut and Maple Island, Inc. The latter produces baby food for Walmart under the brand name Parent’s Choice.

To understand how serious the problem is, keep in mind that the baby food companies that agreed to participate in the investigation, which Congressman Raja Krishnamoorthi led, were found to exceed the safe limit for arsenic by 91 times the maximum limit for cadmium by 69 times, and the safe limit for lead by 177 times. Some of the appalling findings of the congressional report are the following, which will help you get a clearer idea about how carelessly and unethically these baby food manufacturers acted:

Arsenic, cadmium, lead, and mercury are some of the most hazardous substances found in nature. These heavy metals end up in baby food because the crops absorb them from the soil and water. However, the manufacturer is 100% responsible for ensuring the finished products do not contain a health-threatening amount of heavy metals. Unfortunately, because the baby food industry is so large, companies afford to cut corners and put financial profit over consumers’ health.

The heavy metals found in baby food act as neurotoxins once inside children’s bodies, targeting the brain and nervous system. If the child has been fed mostly commercial baby food during their first years of life, they are at risk of developing neurodevelopmental disorders and cerebral palsy, ADHD, learning disabilities, lower IQ, cognitive damage, behavioral abnormalities, and autism later on.

The accumulation of heavy metals in children’s bodies generates free radicals, which lead to the production of oxidative stress. While free radicals are hazardous to children’s health, as they can cause many serious diseases, oxidative stress can damage cells, DNA, and proteins. Numerous children with autism share a chronic flaw in the body’s natural defenses against free radicals.

There is increasing evidence supporting the connection between exposure to neurotoxins and autism. From 2007 to 2012, the prevalence of autism rose from 1.16% to 2.00%. Moreover, 1 in 44 children born after 2010 in America will develop autism. Large amounts of heavy metals in canned and jarred baby food are very likely a contributing factor to the growing incidence of autism among children in the United States.

Luckily, there are many practical ways to minimize the heavy metals content in your child’s diet. The first tips come from a 2019 study led by the non-profit organization Healthy Babies Bright Futures, which found heavy metals lurking in up to 95% of the baby food on the market and prompted a congressional investigation the following year. These are 4 ways you can lower the content of heavy metals in your child’s diet.

Until the acute issue of heavy metals in baby food is solved by the Food and Drug Administration, whose endeavors in this respect are very sluggish, parents are advised to replace commercial baby food with the following alternatives:

2. Breastfeed Your Baby for as Long as Possible

While the good news is that over 80% of American mothers breastfeed their babies, fewer than a third of women keep doing so for one year, as pediatricians recommend. Breastfeeding for as long as possible, specifically for 2 years or longer, will delay your child’s need for baby food. Furthermore, breastfeeding has plenty of benefits for your baby, such as a lower risk of asthma, diabetes, obesity, sudden infant death syndrome, ear infections, stomach bugs, and lung infections.

Since rice contains up to 20 times more arsenic than other crops, you should reduce the frequency with which you give it to your baby, whether in commercial baby food or cooked by yourself. When you feed your child rice, you should rinse it in a lot of water multiple times and cook it in excess water that you can drain when the dish is done. You can also replace the usual rice with basmati or sushi rice, as these types contain less arsenic.

4. Pick the Fish You Give Your Toddler Carefully

Like rice, some fish is notorious for containing dangerous levels of mercury, so you should do your research before introducing this food into your child’s diet when it is time for solid foods. The fish that are very rich in mercury should be avoided include swordfish, fresh tuna, marlin, king mackerel, tilefish, and northern pike. On the flip side, the fish with the least mercury is anchovies, catfish, flounder, haddock, mullet, plaice, pollock, and salmon.

If you are still unsure about what to feed your child, you can now request safe, non-toxic, ethically made baby food by virtue of the Toxic Baby Food Replacement Initiative. You have to fill out the form at the bottom of the page, and someone will contact you shortly.

As Chief Financial Officer at Environmental Litigation Group, Jonathan Sharp is responsible for managing firm assets, collecting and distributing funds, and financial analysis. Headquartered in Birmingham, Alabama, the law firm specializes in toxic exposure, assisting parents of children who developed autism due to being fed baby food with heavy metals, among many other clients. 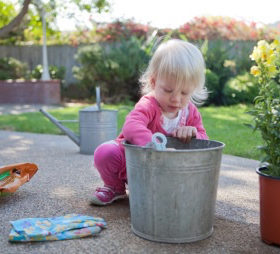 Home Gardening on a Budget 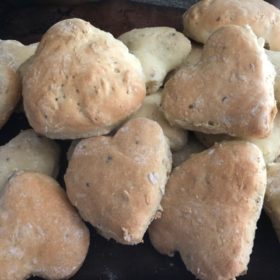 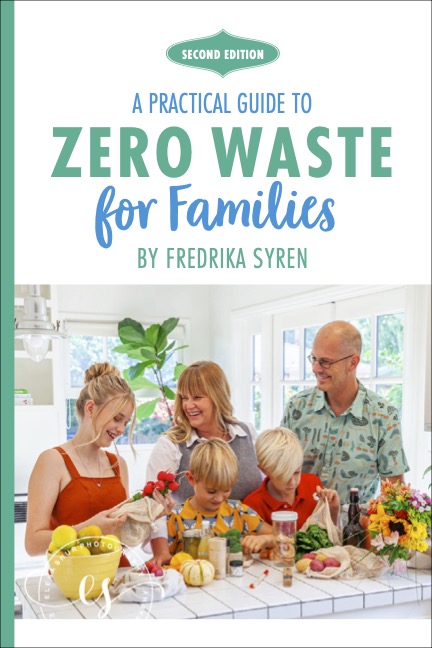