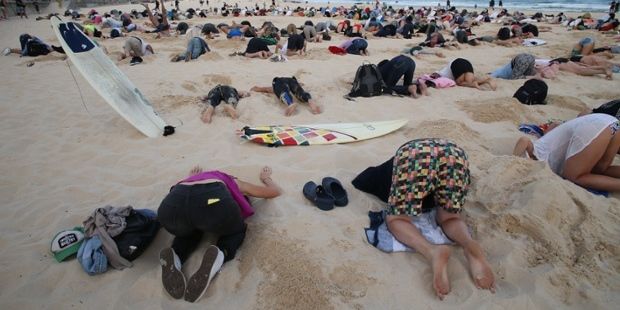 Lately I feel so frustrated about how world leaders just won’t take global warming and its threat against us seriously. I guess I’m 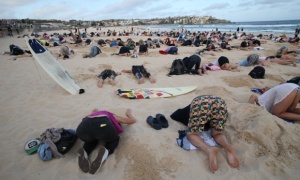 not alone because in Australia last week, 400 protesters — parents with kids, people in suits — stuck their heads in the sand on the famous Bondi Beach. They all did this to signify the Australian government’s reluctance to put climate change on the agenda of last weekend’s G20 summit.

This protest comes in the wake of the agreement between China and the US that addresses both countries’ willingness as well as their deal to limit their carbon emission. Aussies are frustrated that Prime Minister Tony Abbott, who in the past has called Global Warming “crap,” once again has failed to address climate change.

Australia desperately needs to come around on Global Warming. It is the only country to actually reverse action on climate change. They also repealed a tax on greenhouse gas emissions in July.

Have a Green Thanksgiving 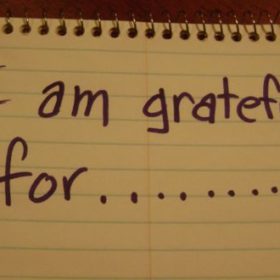