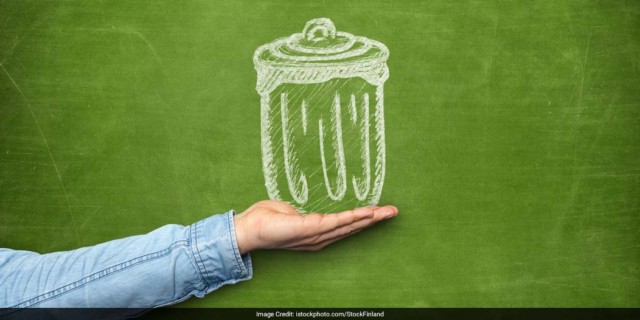 About Waste Management: What We Should Learn from Sweden

By Fredrica Syren:
Sweden has had strict standards limiting emissions from waste since the 1980s. Most emissions have fallen by between 90 and 99 percent since then, thanks to ongoing technical development and better waste sorting.
So How does Sweden do this?

Compared to the U.S., Sweden is a very clean country (with a few exceptions). I think one of the reasons is that Sweden’s primary way to reduce waste is recycling. They do encourage people to sort through their trash and to remove things that can be recycled. By sorting and separating different types of waste, recycling then becomes much easier. The cleaner the materials, the greater the possibilities for using them again. In apartment buildings, there are recycling rooms where tenants can place materials in appropriate bins to be taken to recycling centers eventually. Today, actually 90% of all aluminum cans and PET bottles are now in the recycling system. More than 99 % of all household waste is recycled in one way or another. 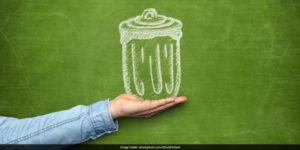 In 1975, only 38 per cent of household waste was recycled. Sweden has gone through a revolution in the last decades. Business and political leaders have joined a fight to make Sweden greener and to reduce waste through recycling.

The recycling of household waste in Sweden is primarily through its collection via two channels: recycling facilities and recycling centers. Households are required to supply their household waste to the municipal center. Households also must sort waste paper, packaging, electronic waste and batteries from their garbage, and make sure they end up in the right place. There are a total of about 6,000 collection sites in Sweden placed in public places — usually at shops, petrol stations and in residential areas — making access to recycling opportunities easy for anyone. The stations sometimes have containers for batteries and clothing, depending on the municipality’s initiative.

Other larger waste, such as used TVs or broken furniture,can be taken to any of the 700 municipal recycling centers throughout Sweden. Recycling centers are easily accessible and manned collection points, where households can leave their bulky waste and hazardous waste free of charge because the services are included in a cleaning fee. Unsorted waste will not be accepted and must be sorted by the person who brings it there. These places are amazingly clean, with staff there to help with placing things in the right location. This creates, therefore, positive experiences. Many municipalities also encourage consumers to separate food waste, and many homes and apartments are offered curbside composting.

Here is our YouTube video of recycling in sweden:

Actually, finding a place to simply throw away regular trash without sorting it and recycling it is hard to find. This makes you work pretty hard at taking things apart and makes you think before buying something.

Sweden has had strict standards limiting emissions from waste since the 1980s. Most emissions have fallen by between 90 and 99 percent since then, thanks to ongoing technical development and better waste sorting. Today, Sweden sends only 4% of its trash to the landfill and uses the rest to create energy. Even the trash trucks run on clean energy from recycled electricity or biogas.

Energy transformed from waste is a well established practice in Sweden. The first incineration plant started operating during the late 1940s, and the district heating network was expanded in connection with construction of new buildings following the Second World War. During the 1970s, the major expansion of waste incineration plants began.

Thanks to efficient waste management, the majority of the two million tons of household waste each year in Sweden can be recovered or reused. Waste is sent to plants that turn trash into energy. The smoke from this burning is 99.9% nontoxic carbon dioxide and water, but is still filtered through dry filters and water. In the process, Sweden creates energy for around 250,000 homes and powers one-fifth of the district’s heating system, according to Swedish Waste Management. Its incineration plants offer a future when countries could potentially make money off their trash — and not just dump it into the ocean or bury it in mass landfills.

Swedish conversion of waste to energy is an environmental, financial, safe and stable contribution to the country’s energy supply. The only problem with this kind of waste-to-energy program is that Sweden is actually running out of waste, so the country now imports about 2.7 million metric tons of wastefrom other countries such as Norway and Italy.
Curbside composting and good recycling are the keys to reducing waste and cleaning up the environment — and it’s saved taxpayers lots of money. I believe this is a huge success in eliminating waste that otherwise would go into our landfills and come into contact with our environment. The question is why more countries can’t do this.
Here are my posts about sustainability in Sweden:
https://zerowastefamily.com/sweden-proof-financial-growth-climate-action-linked/#.W5Fn8C2ZM6g

Sweden To Go Carbon Neutral by 2045 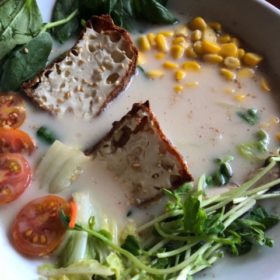 Peanut Curry with Tofu and Chickpeas 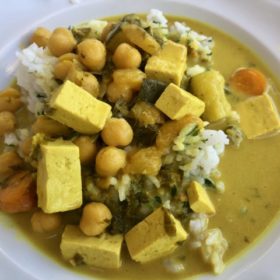 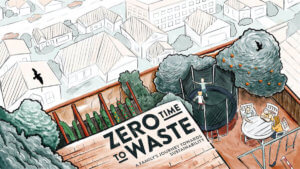